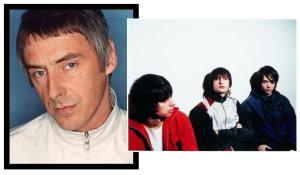 Tom Clarke and company team up with the legend at Crisis gig!

The Enemy are set to collaborate with Paul Weller at a gig in London this weekend.

The trio, awarded Best New Band at the Shockwaves NME Awards yesterday (February 28), will play two songs with their hero at the gig in aid of charity Crisis on March 2, in addition to their own set.

The two will perform The Jam’s ‘That’s Entertainment’ and The Enemy’s sonically similar ‘We’ll Live And Die In These Towns’ at the event, held at London’s Roundhouse.

The whole ensemble will also perform ‘Consequences’, the track produced by Paul Epworth for Crisis, for the first, and possibly only time ever.