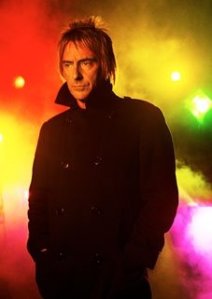 if (booMacIE==true){ document.write(strAdvertisement); }Paul Weller has spoken exclusively to Xfm about current collaborations and his ninth studio album, ’22 Dreams’.

The forthcoming album blends a variety of musical flavours including rock, funk, soul, and free jazz as well as a plethora of stars.

Commenting on working and writing with Noel Gallagher, Weller explained how the pair’s double A-side ‘Have You Made Up Your Mind’/’Echoes Round The Sun’ came to fruition:

“We were talking about writing a song together for years and years – which we never got round to doing – but I think it helped because Noel came down with a pretty definite idea of what the backing track should sound like. It was something that he’d had around for a while so there’s just me adding something on top of it.”

Weller was also effusive about the surviving members of The Zombies who recently reformed to revisit their 1968 psychedelic masterpiece ‘Odessey & Oracle’: “A fucking classic. To hear it in its entirety was fucking brilliant.”

Was Weller ever tempted to play one of his albums live from start to finish?

“There’s a few that I’d like to do,” he mused. “If I had a sympathetic musical director I’d think about it…’Stanley Road’ would be a good one to do. And I think it’d be difficult to do now but [The Jam’s] ‘Sound Effects’ would be another.”

Playing for the charity once again, Weller was equally passionate about the Teenage Cancer Trust:

To listen to the interview in full go to www.xfm.co.uk

The Teenage Cancer Trust concerts at the Royal Albert Hall continue until Sunday (April 13) and will feature performances from The Fratellis (11), Muse (12) and The Who (13).