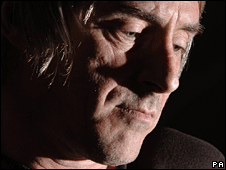 Talking Shop: Paul Weller
Paul Weller turns 50 this month. But the former Jam and Style Council frontman is not slowing down.

The “Modfather” releases his ninth studio album, 22 Dreams, on 2 June with single Echoes Round The Sun out on 26 May.

It is a collaboration between Weller, Noel Gallagher and Gem Archer.

He is also releasing a picture book and is back out on a world tour this summer that takes in Japan, America and the UK.

It was kind of different because there were four of us co-producing it. So that made things a lot easier for me personally because everyone was pitching ideas in. We used different musicians. It wasn’t the same working band that I’ve played with in recent years so there were different people playing on the record.

But obviously they all bring different things to the table. We recorded it in our own studio, Black Barn in Surrey, which was good for us because we weren’t clock-watching at all. We just worked along as we wanted to. It was a different process really.

What was is like working with Noel Gallagher and Graham Coxon on the new material?

Yeah – it was top man, it was wicked. It was nice and easy and good fun.

Who else did you work with on 22 Dreams?

Steve Cradock’s [from Ocean Colour Scene] all over the album. He’s playing drums, guitar and keys – all sorts of things on it. Little Barrie and his band did the title track 22 Dreams. His band came down and did that track for us. Robert White’s playing trumpet on Song For Alice and he’s written the tune.

And you have just started a UK tour?

I love it. Just mad for it all. We’ve got a new band as well. So we’ve got new people playing in the band, we’re playing a new set and it’s just fresh and exciting again. Every night’s a bit different.

How do you decide which songs to play?

We’ve played about 10 or so tracks from the new record. It’s difficult. There are so many songs. I’m not saying they’re all diamonds.

There are a lot of good tunes and it’s quite hard picking the right ones to do. We try to partly play new songs but also put a few things in there that we haven’t played for a while, things like Shadow Of The Sun.

Do you ever get tired of playing the old hits?

Yeah, and when I do I stop playing them. You just put them away for a bit and then you come back and they’re fresh again.

Do you write new material on the road?

If you have time because there’s so much time hanging about. I have written stuff on the road. I don’t particularly find it the right space to write. I think it’s probably good from a musical point of view because you’re jamming at sound checks. From that, other things can happen. For me, I have to be away from everything and clear my head to write a lot of times.

What do you prefer – touring or recording?

Have you got any festival plans this summer?

We’re doing one in Serbia, one in Italy, one in Spain and I think one in Japan. Osborne House on The Isle of Wight as well in July.

What are your plans for the future?

To be honest, I’m just thinking about this record at the moment. We’ve got a long way to go yet. We’ve got Japan, America, Australia and Europe and another UK tour at the end of the year. So I’m going to be busy with that really.

Reverend and the Makers were good. I saw them at the Crisis charity gig we played in March, I thought they were great. The Enemy – I definitely like them. I like Hard-Fi and I like the [Arctic] Monkeys.

You have a new photo book coming out, A Thousand Things. What made you put that together?

It’s a mixture of different people who were involved in it. It’s something we’ve been trying to do for about five or six years, maybe more. So I’ve finally got round to finishing it. But it’s just a pictorial thing, almost like a scrapbook across the ages going back to the ’70s. It’s not a biography.

Are you looking forward to your 50th birthday on 25 May?

I can’t say I’m looking forward to it, man, do you know what I mean? You can’t do much about it, can you? I’m just not bothered one way or the other to be honest with you. It’s my daughter’s birthday the same day so I’m quite happy just to celebrate her birthday. But every day’s a celebration.

Are any of your children musical?

They are, yeah. My two eldest ones are. They’ve both started to write their own tunes and they’ve started doing demos. My eldest son’s got a band together. But they are naturals I think.

How do you relax when you are not touring or recording?

I have to work and when I’m not working I’m at home and I don’t think you can really combine the two. It’s a bit hard to relax in my house. There’s lots going on all the time. I’ve got a little three-year-old boy as well and he’s a bit of a handful. There’s never a dull moment in my house.

Why did you turn down your CBE?