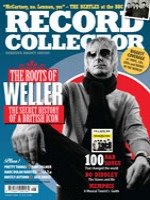 Paul Weller’s 50th birthday was on 25 May, not that he’d thank us for reminding him. Rumours suggest it was not exactly something he was celebrating. And yet, as he reached his half century, Weller had much to feel proud about. As his Lifetime Achievement Award at the Brits in 2006 reflected, the once angry young man from Woking is inarguably the most successful British musician to have emerged from the punk wars of the late 70s – whether that be in terms of commercial success, critical acclaim, iconic status or musical influence.

Forever restless, Weller is still consumed with ‘the Now’, consistently scornful of nostalgia, preferring to speak enthusiastically about his new double album, 22 Dreams, which just might be the most ambitious and eclectic work of his entire career – his ‘White Album’. Although betraying Weller’s long held love of psychedelia, Motown, Mod-rock and more recent passions for the mysticism of English folk and the rustic charms of 70s journeymen like Ronnie Lane, 22 Dreams is a positively schizophrenic experience at odds with any previous solo effort.

This is scarcely the behaviour of a quinquagenarian comfortable with his bank balance, with one eye on his dotage and the other on his musical legacy. It’s also a far cry from his erstwhile …

You Can Find This Feature In The Pages Of Record Collector!