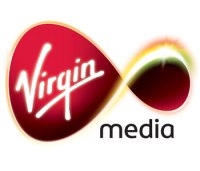 Fresh from receiving NME’s God-like Genius Award and in advance of unleashing his new album Wake Up The Nation, Paul Weller has spent some time on the sofa with Virgin Media. Fans will be delighted to hear that Weller had a lot to get off his chest, and how his new album is ‘fuelled by passion and anger’.

Starting on Tuesday 6th April, Weller will take over Virgin Media’s Music on Demand service for a whole month. The takeover includes exclusive footage of Weller talking about some of his great previous solo work, including collaborations with artists such as Noel Gallagher and Amy Macdonald, as well as a nod to The Style Council and The Jam.

Separately, Virgin Media is filming an exclusive performance by Weller to coincide with the release of his new album on Monday 19th April. The private gig will take place at The Garage, Islington on Wednesday 21st April and the performance will be aired later in the year as a whole, as well as individual tracks, on Virgin Media’s TV on demand and online streaming services.

Paul Weller said: “It’s great to be able to explain a bit about what went into the making of this album. I can’t wait to get out there and play it to people.”

Aleks Habdank, director, on demand television and strategy from Virgin Media said: “We’re thrilled that an artist of Paul Weller’s stature is the latest to host a takeover following previous acts like Gorillaz, Ellie Goulding and Kasabian. He’s got a lot to say about his new album and reveals some great insight into what was going on around him to inspire the songs and videos that he’s chosen to feature.”