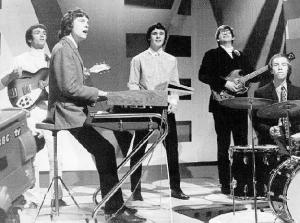 It is “one of the all time greatest records”, according to rock hero Paul Weller. But when The Zombies’ psychedelic LP Odessey and Oracle was released in 1968, it virtually sank without trace.

The band had imploded by the time of its release, and the album struggled to compete with releases by acts like The Beatles, The Rolling Stones and The Kinks in that landmark year.

But the psychedelic long player has gradually gathered fans over the years, with Led Zeppelin’s Robert Plant, Dave Grohl of Nirvana and Foo Fighters and folk-rock band Fleet Foxes all emerging as big fans.

Here, Paul Weller describes how the band influenced him and the band’s Rod Argent says they are finally getting the credit they deserve.

Paul Weller
The Zombies made one of the all-time greatest records in Odessey and Oracle. It came out in 1968 and by the time it had come out I think they had split. No-one bought it at the time. It was a fantastic record, and of all the albums that get some kind of recognition from that period, they always seem to get overlooked.

The first time I heard it was in the mid-70s, and it just blew my mind. When I listen to it, I’m instantly transported back to autumn ’74, sitting in my mate’s flat overlooking Woking Park and the leaves falling and turning gold and green and orange. We would be hanging out, writing songs together and plotting how we were going to make it. 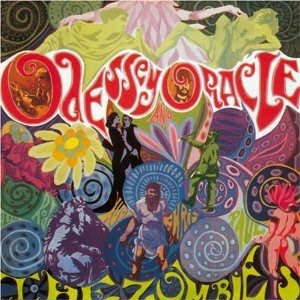 We’d be getting high and listening to as much music as possible and learning – it was a learning experience.

I hadn’t heard music like that before. The harmonies were fantastic and so were the chord progressions. It’s got a very wistful, melancholic English sound, a very autumnal sound and I can’t think of many records that have got the same sort of sound.

The Zombies were really unique – they had elements of jazz and classical music in their songs and songwriting. They had a very, very different sound compared to a lot of their contemporaries at the time. It made a very, very big impression and it’s still to this day probably my all-time favourite record.

I’ve met them once – I went to see them in recent years when they performed the whole of Odessey and Oracle at Shepherd’s Bush Empire, which was brilliant. I was a bit nervous about talking to them but they were lovely.