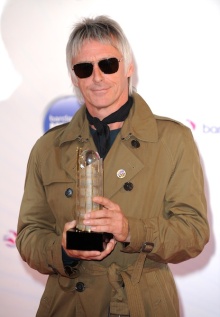 Paul Weller has revealed that he “couldn’t wait to get home” after he failed to win the Mercury Prize last week.

The former Jam star’s recent album ‘Wake Up The Nation’ was the bookies’ favourite to win heading into the ceremony in London last week, but eventually lost out to The xx.

In an interview with XFM, Weller revealed that he went home straight after the announcement was made so he could watch TV.

“I’d been there all day, being old and miserable, I couldn’t wait to get home,” he said. “I thought, I’ve had enough of this. I wasn’t doing my upset diva bit, I just wanted to go home and watch telly.”

Weller also admitted that he found it “hard to get excited” about the down-tempo sound of The xx’s self-titled winning album.

“It’s not really my sort of thing. I’m not putting them down, just because they beat me,” he added.
As previously reported on Gigwise, sales of ‘xx’ rocketed following the band’s win. The album is currently number three on the UK album chart.