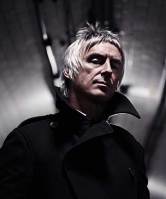 Paul Weller adjusts his perfectly tailored trousers and Dolce and Gabbana shirt, reaches out to shake my hand, and greets me with his ”how are ya mate” English geezerism before sitting on a leather couch.

I am trying desperately to stay cool, despite my rapid heart rate and nervousness at meeting a musical hero, the king of Mod culture and Brit-rock and inspiration to a generation of British bands like Oasis, Blur and Pulp. A Weller fan for, oh, 20 years, this brief interview is a career highlight.

So, in an effort to establish my credentials without looking obsessive, I ask about an old Lambretta scooter he was pictured on for press shots an eon ago.

”I gave it to be auctioned off about 10 years ago, for a teenage cancer trust. It was a thing Roger Daltrey (The Who) was sort of involved in, and it was at (London’s) The Royal Albert Hall in fact. They had the scooter outside the Albert Hall, being auctioned off…which I’ve subsequently seen on eBay, or some other auction site, which was guttin’, man, because it was a beautiful bike,” he says, frowning.

(Mental note to self: do not on-sell Weller memorabilia.)

Making his first visit to New Zealand in a long and distinguished career, 52-year-old Weller’s three shows at Auckland venue Powerstation sold out in hours, and he admits to being ”amazed, man”, unaware ”of what sort of audience I had here”.

He accepts there’s an element of ”homecoming” for the high percentage of 40-plus ex-pat Brits who attend his gigs outside the United Kingdom and want to hear The Jam and Style Council songs. But, as if to emphasise the importance of his muse, Weller changed the set list for each of the three concerts to include material from 2008’s 22 Dreams and this year’s Wake Up The Nation.

While his international success has been limited, he’s revered in his homeland, touring almost constantly, and has been referred to variously by British media as ”a national treasure” and ”a British cultural institution”.

”If you live long enough, and keep doing the same thing you’ve always done, that’s what happens. I can think of worse things to say,” he says of the media praise, ”but it just makes me feel old.”

Wake Up The Nation has a subtle angry streak, and when quizzed about its nomination for Britain’s The Mercury Prize, he admits disappointment he didn’t win. But as for the 2009 Brit Awards Lifetime Achievement gong, he “didn’t really f***ing care mate, to be honest wif ya, know what I mean?”.

”If you look at it, the Spice Girls have won it,” he scowls.

Weller is equally dismissive of the prospect of a knighthood: ”Nah, it’ll never ‘appen mate. I got offered the CBE, or some old bollocks, about two years ago…told them they could keep it, obviously. It’s just bollocks man, just absolute nonsense, a political move for whoever is in power at the time, make them look trendy, down with the kids and all that shite.”

Weller’s also done and dusted with his once-strident political comment. He thinks ”it’s more important for us English people to get on with our lives, carry on with our culture”, and with hindsight admits the intention to Wake Up The Nation with the recent album ”might be a bit grandiose”: ”Can a pop record ever do that…possibly?”.

Throughout Weller’s career, he’s been with numerous different labels and is blunt when asked for his views on the current state of the music industry: ”Well, without putting too fine a point on it, it’s f****d, really.”

”I’m looking at it in an optimistic way, I think it might take a few years for it to settle down and become something else again.

”Quite a few years ago, before the advent of the downloading and digital thing, people were telling me – musician friends – ‘oh it’s gonna be great, we’ll be autonomous, we won’t need record companies’, but I still haven’t seen any evidence of that,” he says.

The people who told him that 10 years ago ”aren’t selling loads of records, or being particularly autonomous”, he observes dryly, ”they’re still scratching around looking for record deals”. His current record company, Island, has begun reissuing older material in deluxe format (Wild Wood, The Jam’s Sound Affects), and Weller says ”they do a good job of it”.

“I’m happy my records are coming out, but I don’t know how much more they can put out, people can probably have their fill of it.”

But again he admits to ”showing his age” when revealing he ”was always happy with a single, A and B sides, an album was an album, and that was it”. He doesn’t feel he’s embraced modern digital delivery of music, but ”whether or not I like it – and I don’t like it – that’s the way it is”.

”The majority of people are getting their music downloaded,” he concedes. ”If you still want to carry on making music, you ain’t got much choice but to join it, really.”

Weller now has an iPod, gifted to him by guitarist Steve Craddock, with ”a shitload of stuff on it”, although classical composer Debussy is the only thing he can remember.

”I like the shuffle thing, I have to say. But I’m from that generation where I miss records coming out on vinyl – I like having something in my hand, reading the lyrics, that sort of thing. I miss that.”

Weller has always been known as a musician who is looking ahead – hence his frustration with answering repeated questions on The Jam and The Style Council, although a few of those bands’ tunes were among the weekend’s shows – and he confirms he’s written 10 songs for a new album.

”We probably won’t get a chance to do too much more until after Christmas…but it’s well on its way. Hopefully it will come out sort of September next year. I have got a title, but it’s too early to say yet.”

Weller is focussed on ”just enjoying my life really”, and while ”getting drunk and listening to loud (rock) music has gotta be up there” in terms of the good things in life, it seems ”being in love and gettin’ married” recently has given him a new energy.

Asked what has kept him going, he responds: ”I just like doing what I do”.

”From the time I was 10 years old, I wanted to do music, wanted to be in a band. For anyone to get their wish in life, it’s an amazing thing. I put a lot of effort into it, and God knows I have done over the last 40-odd years. It’s like anything, you only get out of it what you put in…what you give is what you get,” he says, quoting a Jam lyric.

”I’m a lucky man, y’know, and I don’t take anything for granted. I’m still lovin’ it, and I guess the day I don’t love it, I’ll stop. But I don’t think that day will ever come. There’s loads more music inside me to get out.”

Paul Weller’s Wake Up The Nation is out now on Island.