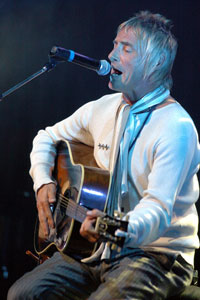 FOLLOWING the cancellation of his December date, Paul Weller was at the Metro Radio Arena on Friday night. Gary Beckwith was there.

A BLUSTERY and wind-torn North East saw Paul Weller and his entourage sweep into a packed Arena at the weekend.

On my hike to the gig I lost count of the wind-swept Weller imitation haircuts adorned by fans, but what was in store was no pale imitation of the ex- Style Council and Jam frontman.

Opening with Push It Along the pace of the night was set. What followed was an eclectic mix of tracks from a formidable back catalogue.

Weller masterfully wove together favourites such as 22 Dreams, All I Wanna Do (Is Be With You), From The Floorboards Up, Dust and Rocks, and Jam and Style Council hits Start! and Shout To The Top

The energetic 52-year-old never let up the momentum except for a brief spell on organ and keyboards for crowd pleasers You Do Something To Me but picking up the pace again with Broken Stones.

The two-hour long performance cantered along without respite and at times the night felt like The Paul Weller and Steve Craddock show, the later wielding his guitar skills with relentless ease.

There was a healthy smattering of songs from Weller’s latest album Wake Up The Nation, with Moonshine, Trees, Find The Torch, and Burn the Plans the most memorable.

Latest single No Tears To Cry got an airing and although the night wasn’t awash with hits many associate him with, popular versions of One Bright Star, Whirlpool and a thrashing Come On/Lets Go more than sufficed.

The polished performance was backed by an impressive lighting set as well as two large screens just in case the fans at the back couldn’t make out the silver-haired Weller.

Never one for much stage banter, Weller let the music do the talking, only exclaiming to the crowd that he hoped the six-week wait for them to play since December’s cancellation was worth it.

And as the band burst into Peacock Suit and duly performed an encore of Changing Man, it was indeed. 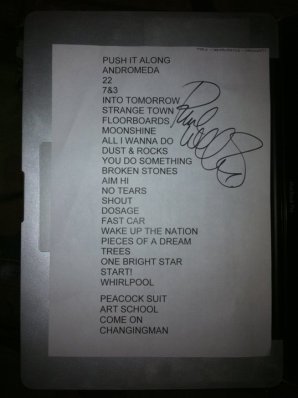