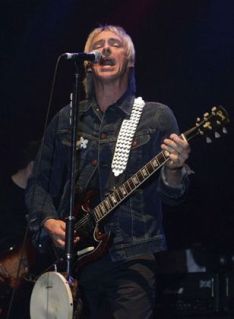 Beady Eye, Primal Scream and Paul Weller helped raise over £150,000 at a London benefit show last night (April 3) for victims of the recent tsunami and earthquake in Japan.

The gig at the O2 Brixton Academy, which was orchestrated by Liam Gallagher and the Modfather, also featured sets from Graham Coxon, The Coral and Richard Ashcroft along with a few surprise collaborations and covers by The Beatles.

The Coral were the first to cover the Fab Four as they kicked off the night with their take of ‘Ticket To Ride’ in between songs from their 2010 album ‘Buttefly House’.

Graham Coxon quickly followed as he took the chance to debut new song ‘Running For The Light’ before wrapping up with 2004 hit single ‘Freakin Out’.

Next up was Paul Weller who loaded the early part of his set with The Jam’s greatest hits including ‘The Eton Rifles’ and ‘Start!’ sandwiched between classic tracks from his 1995 album ‘Stanley Road’.

“Thanks for coming tonight and helping our brothers and sisters in Japan,” he told the crowd before he introduced Stereophonics frontman Kelly Jones for a surprise collaboration of another Beatles classic ‘Come Together’.

Jones then played a short acoustic set as did Richard Ashcroft, who got the whole venue singing for The Verve’s ‘Sonnet’ and ‘Lucky Man’.

Primal Scream recruited Sex Pistols bassist Glen Matlock to stand in for Mani at tonight’s show which, like their recent tour, leaned heavily towards material from ‘Screamadelica’.

The night was rounded off by Beady Eye who played a similar set to that featured on their recent UK tour, performing tracks from their debut album ‘Different Gear, Still Speeding’.

Frontman Liam Gallagher, who was dressed in a long green anorak, dedicated ‘Kill For A Dream’ to “all the people in Japan.”

Earlier, he also gave a shout out to The Coral sticksman Ian Skelly before launching into ‘Bring The Light’.

“This one’s for the drummer out of The Coral,” Gallagher said. “Apparently it’s his favourite song ever.”

Before wrapping up the night with the final Beatles cover ‘Across The Universe’, he thanked the bands and the crowd for helping to raise funds for the British Red Cross Japan Tsunami Appeal. 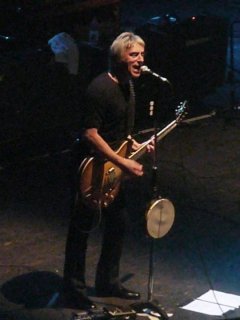 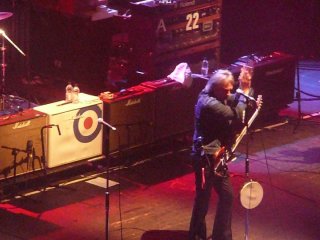 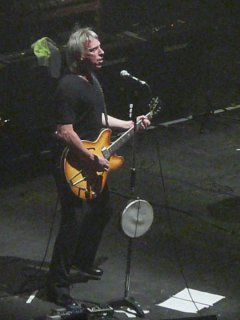