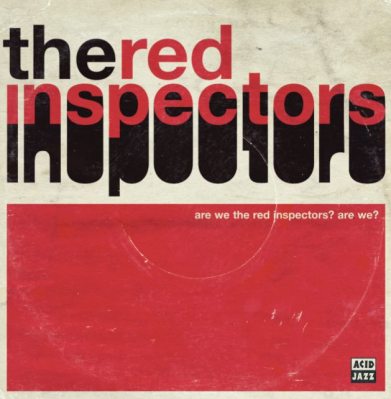 Paul Weller’s bandmate, Andy Lewis has got a really groovy new record coming out on Acid Jazz Records. We were lucky enough to get an advance preview here at Paul Weller News and we highly recommend you checking it out. The album will be released this month on CD, and our preferred format, VINYL!

Here’s a bit of info and some sound clips!

Andy Lewis came to the attention of the wider world as Blur’s tour DJ and the main man behind the Blow Up club nights in Camden Town that triggered the Brit Pop scene in the 1990s. Starting out with Pete and Miles as bass player in Pimlico, he later joined indie scene stalwarts Spearmint and has been Paul Weller’s bass player since 2007. He has released a number of solo recordings, and has collaborated with some legendary vocalists including Keni Burke, Reg King, Loleatta Holloway and Jess Roberts.
Alex Richards is a keyboard player of some renown. Touring extensively with Mohair and The Bluetones, he has also been on many recordings and has an instinctive flair for the Hammond organ.

Pete Twyman has been writing songs for as long as he can remember. He plays guitar, keyboards and drums, and has a gift for discovering interesting chords. With plenty of live experience with Pimlico, Thurman, The Four Stories and Paul Weller’s band, Pete’s got a great ear for detail and is in demand as a mastering engineer.

Miles Chapman has been playing drums since the age of 11. He’s a regular performer and session player, and has been a musical collaborator with Andy and Pete since 1988.

Having found its natural home on the label that had such an influence on their musical development, Acid Jazz records is proud to release the debut release from THE RED INSPECTORS to co-incide with their 25th anniversary in January 2012.

The Red Inspectors play their first London show to promote their debut album “Are We The Red Inspectors? Are We?” on Thursday, January 12 at The Borderline, Orange Yard, Manette Street W1D 4JB, London, United Kingdom.

“It’s the album we always wanted to make, on the label we always wanted to be on”, they say. Featuring Andy Lewis (Paul Weller/Spearmint) on bass and Alex Richards (The Bluetones/Mohair) on keyboards, it’s a genre-defying post-modern mash of soundtrack vibes, acid funk and pub rock which sounds better than it, er, sounds. With support from The Broken Vinyl Club. Tickets available from http://www.hmvtickets.com/events/5186

Genre pigeon-holing is getting even more discriminatory – this set is apparently Lounge-Core but The Red Inspectors seem, to me, to cross an awful lot of other boundaries on the way to a delightful set of ‘tunes’.

Miles Chapman and Andy Lewis are old muckers who started their career in the seminal Pimlico back in the early ‘90’s while Alex Richards on keys has been heard in bands such as Mohair and the Bluetones. Pete Twyman has played guitar with Paul Weller alongside Andy Lewis (bass).

The album comes in at around half an hour but the quality of the music is excellent and the variety never stops – one of my favourites has to be ‘Clutching At Straws’ which has psychedelic sitar alongside the strings in the backing and sits alongside ‘Monochrome Sunrise,’ which wouldn’t sound out of place on a Lalo Schifrin album!

‘Into Morocco’ has an oriental/African feel to it while the funk of ‘Frankenstein’s Finger’ is one for the dancefloor of a club with ‘A Go Go’ in its title – you can almost see the caged dancers and paisley patterns. ‘The Kardomah’ is a delightful piece of BoHo jazz and the most sophisticated number on the album.

All told a very fine album and a great ‘debut’. 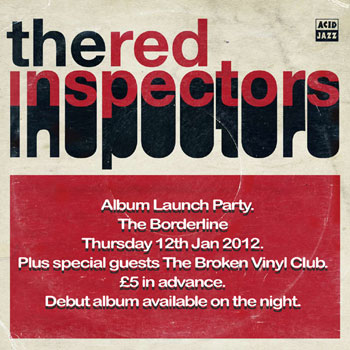