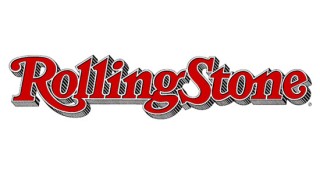 
By Matthew Perpetua
Paul Weller is one of Britain’s most prolific rockers, with a rich discography spanning 11 solo discs, six records with Style Council and six albums with the seminal mod punk band the Jam. Weller’s latest album, the eclectic and experimental Sonik Kicks, will hit stores in the United States on March 27th. You can stream a preview of “That Dangerous Age,” a highlight from the album, now.


Rolling Stone recently caught up with the dapper songwriter to chat about the new record, his plans to play some special shows in New York and his refusal to consider offers to bring back the Jam for reunion shows.


A few of the songs on your new album, Sonik Kicks, have this sort of pulsing krautrock groove. How did you get interested in that sort of sound?


I don’t know, really. I mean, it’s just another influence amongst many. But I guess it sort of stems from the from the Neu! records. And mainly from them I think more than anything else really. In one of my previous records, a record called 22 Dreams, one critic said of one of the tracks on the album sounded very much like Neu!, which I’d never ever heard before in my life. So I was curious, so I went out and bought the records and I liked it a lot so that was from that, really.


You also worked Sean O’Hagan of the High Llamas on string arrangements for a few of the new songs. How did you get hooked up with him?


I just thought he’d be the right man for the job, really. He worked on two tracks on the album. I’d heard songs, some of the other strings he’d done for a band called the Coral, who are friends of mine, and I really liked the stuff he’d done on their records, so I figured he’d be the right one for it, his style would suit the songs, really.  I showed him ideas of what I imagined it would sound like and then let him run with it. If I work with people like that, I always give them a few reference points. But I entrusted him to do it, which he did, you know. I love his work.


This is your eleventh solo record, and before that, you made several albums with both the Jam and Style Council. When you have that kind of back catalog, do you find yourself trying to find ways to make each new one different?


Well, I’m always kind of looking to make things different. It’s not always possible. And I can’t say all of my records have been like that. But the older I get, the more I try to do something different every time. I really do try to stretch myself musically. And I don’t know why that should be, but I’ve noticed it more the older I’ve got anyway. But, you know, I just want to make a good record every time. I think also, I think with my last two or three records, including this new one, I think I’ve got to different levels for me musically, and I’ve gone on to places I haven’t been before. And that kind of excites me. So at the end of each record, in recent years, I’ve kind of been looking forward to the next one because I think I can sort of take it further, really.


There have been so many bands reuniting in recent years, but you have held out in bringing back the Jam or Style Council. Has there been any pressure for you to revisit that music?


Pressure? No, not really. There’s been money offered, but I wouldn’t say there’s any kind of pressure, really, whatsoever.


Is it something that you would consider doing for the right price?


What do you think of bands who are doing the reunion thing?


That’s just big business, you know, it’s money talks, bullshit walks, as the saying goes. Fom the band’s point of view, it’s a financial consideration obviously. But from the audience’s point of view, I don’t know what it’s like in the States, but in England people seem really hung up on nostalgia, which I don’t really quite understand so I can’t really answer that. I don’t see it at all. I don’t know if it’s people trying to reclaims some lost youth, or, I don’t really know because I’m not particularly a nostalgic person. I don’t really understand that way of thinking.


Your former bandmates in the Jam were touring as From the Jam. Was that an uncomfortable thing for you?


Yeah, it was, yeah. I mean, I’ve spoken to Bruce [Foxton], who was the bass player in the Jam, and we’ve sort of started speaking in recent years, but we never talk about that. But yeah, it’s kind of embarrassing, really. I suppose everyone’s got to make a buck somehow, someone’s got to make a living. But me personally, I like now, I like the moment, exactly the time we live in.


You still play some of the Jam songs live, right?


So I guess, for you, you can revisit those songs any time you like.


Given how many records you’ve made over the years, how do you prioritize what to play in your gigs?


Normally, it would be the new record, mainly base it around that, so I’d play predominately new songs. And then I would just, I don’t know really, I suppose we make a big list of songs and we play through them, and we see which ones work or which ones we’re feeling or not feeling. It’s kind of done like that, really. Although, in the show we’re gonna do this year, we’re playing five nights in London in March, and then we’re gonna come to New York in May, but I’m just playing the whole of the new album, and then I guess we’ll play some old songs after, but we’re gonna play the whole thing from top to bottom in sequence, which I think is good. I think it’ll be a challenge for us as a band, and it’ll be a challenge for the audience as well for not hearing the songs, hearing the first time, you know.


Are you playing elsewhere in the United States outside of New York?


No. For now we’re just going to do the two nights in New York, and hopefully we’ll do some more dates later on in the year.


What is your audience like in the United States? The Jam and Style Council were never as big here as they were in the U.K.


I don’t know. I mean, I’ve always really loved playing in America. I’ve never ever been commercially successful there, with records being hits or sold out shows, but I’ve always liked playing there because people seem very appreciative in America.