Paul Weller has a heavy participation in the annual Record Store Day Event on Saturday 20th April with three releases on tap! The UK will get a limited edition 45rpm featuring two brand new songs.

One of the most hotly anticipated releases for the event, the double a-side will be released through Virgin Records as a collectable 7” vinyl on the 20th April, with a digital release on the following day available for one month only. The single comes in a Virgin house bag featuring the ‘Virgin Twins Logo’ designed by quintessential 70s album sleeve artist Roger Dean.

Wild and experimental, ‘Flame-Out!’ would sit well with the other tunes on the recent ‘Sonik Kicks’ album and is fast paced rock-out Weller at his best. ‘The Olde Original’ lowers the tempo and makes for the perfect mellow soundtrack for the spring of 2013.

Still an avid record buyer and visitor to independent record shops, Paul says “It’s great to do a record that’s released specifically for Record Store Day. There’s so few record shops left that we should all treasure those remaining”. 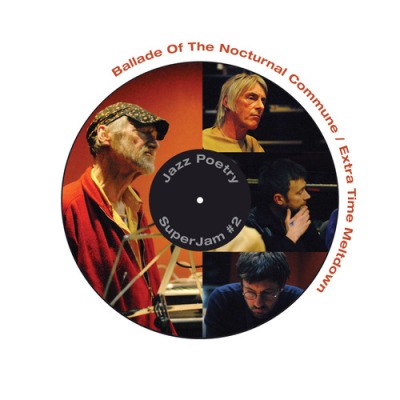 Half a century on from the beginnings of his public & jazz poetry mission with ‘Blues For The Hitchhiking Dead’ et al, Michael Horovitz is as active and inspirational as ever, composing & performing new poetry, songs & music, publishing New Departures anthologies and staging multimedia events.

On both the LP Bankbusted Nuclear Detergent Blues and the single Ballade Of The Nocturnal Commune / Extra Time Meltdown, Michael is accompanied in the studio by Damon Albarn, Graham Coxon and Paul Weller.

The tracks were recorded at Paul Weller’s Black Barn Studio and Damon Albarn’s Studio 13, then mixed at Studio 13. They are released for Record Store Day alongside ‘Blues For The Hitchiking Dead’, and prove that musicians and poets go on mixing it up, blowing minds and spreading their wordsound to new generations with a dynamic and avant garde soundscape.

Paul Weller found that: “…It was my absolute pleasure to work in these recordings with Michael. Damon and Graham. I am a big fan of all three of these artists and just to be so free with all the music and ideas was a real buzz. A lot of fun and no egos in the way. Fabulous. The end results are amongst some of the best things I’ve ever worked on”. 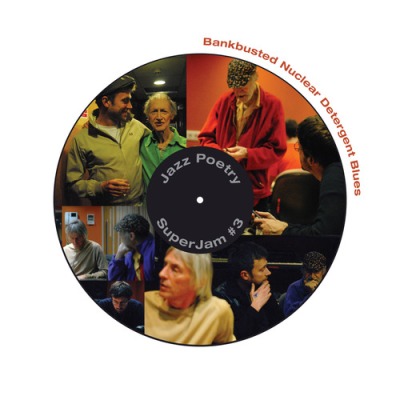 Michael Horovitz was delighted that “… Paul & Damon, long standing comrades in personal and artistic collaborations, were both equally enthusiastic about the prospect of jamming with one another, Graham and myself. They had not ever played together before. Graham and Paul had dug one another, and Graham is featured on Paul’s recent ‘Sonik Kicks’ album – which also included the text of my ‘Bankbusted Nuclear Detergent Blues’ which Paul had commissioned me to write. So I stretched out in free form rhapsodies with the entire Paul Weller story in mind. When it came to the recording of this, along with my rural songpoem ‘Ballade Of The Nocturnal Commune’, and the more polemical off-cut from Bankbusted, ‘Extra Time Meltdown’, the three of them connected with the verse and each others’ responses to my performance of it with scintillating flights of harmony, dissonance and poetic improvisations way beyond even my fondest hopes of co-warbled woodnotes wild”.

Damon Albarn & Graham Coxon added “We have adored the whole process of making this record.”

As previously mentioned, the US via YepRoc gets a Sonik Kicks: The Singles Collection vinyl box set with an autographed poster in addition to a 45 with two exclusive acoustic live tracks.