The Modfather largely avoided playing his most-famous songs, sticking to material from his three most-recent albums, 2008’s ’22 Dreams’, the 2010 Mercury Prize-nominated ‘Wake Up The Nation’ and last year’s ‘Sonik Kicks’, although there was a Style Council song (‘My Ever Changing Moods’), a few from 1994’s ‘Wild Wood’ (‘Wild Wood’, ‘The Weaver’ and ‘Foot Of The Mountain’) and the same number from his solo breakthrough ‘Stanley Road’ (‘Porcelain Gods’, ‘Woodcutter’s Son’ and ‘Whirlpool’s End’.)

‘Dust And Rocks’ also got a rare outing, the song taken from his overlooked 2000 album ‘Heliocentric’. Weller kept words to a minimum, barely speaking throughout the set apart from when introducing Hannah, his wife, for their duet on ‘Study In Blue’, and explaining his young daughter Jesamine had helped him write ‘Sonik Kicks’ track ‘Dragonfly’, although she declined his offer to join him on stage at the piano.

Weller did, however, play a few tracks by The Jam, opening his set with ‘Private Hell’ from their fourth album ‘Setting Sons’, originally released in 1979, while the first encore included ‘Just Who Is The Five O’Clock Here?’ from their sixth and final album ‘The Gift’ and the second, ‘That’s Entertainment’ from 1980’s ‘Sound Affects’.

Speaking to NME before the show, Weller said how special he finds the Albert Hall, revelling in the space and grandeur of the building. “It’s a very special vibe, even though the acoustics aren’t great for electronic music,” he said, adding how much he’d enjoyed seeing this year’s organiser Noel Gallagher join Saturday’s headliners Damon Albarn and Graham Coxon on stage for ‘Tender’.

“That was me playing drums on stage for the first time,” he said. “Well, I say playing drums. I can’t really, but I got away with it. It’s a different perspective sitting at the back of the stage – too much perspective – but I could see the whole venue when Noel walked out to play with them. It was blown out of proportion, all that, but they’ve all grown up, that’s how it goes, and it was a symbolic moment. Seeing all the faces in the crowd, it was very touching.” 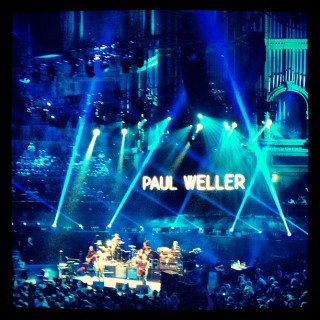 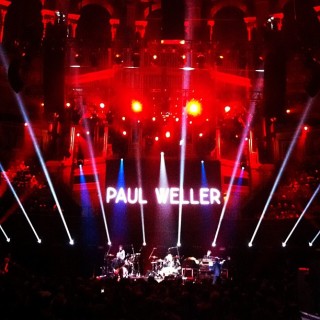 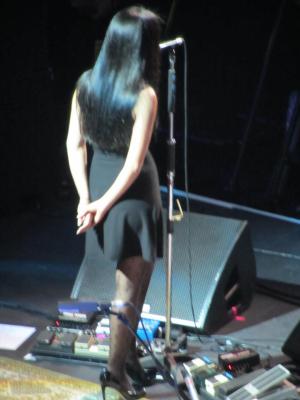 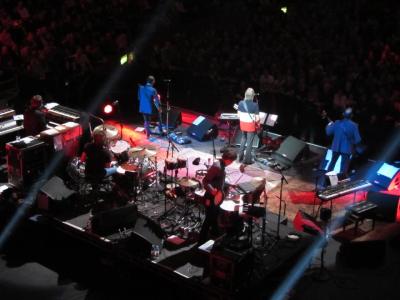 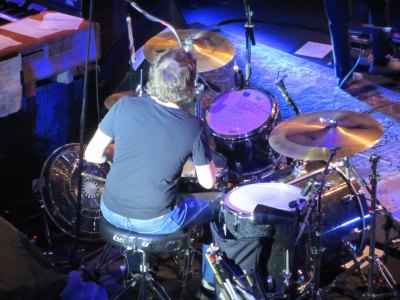