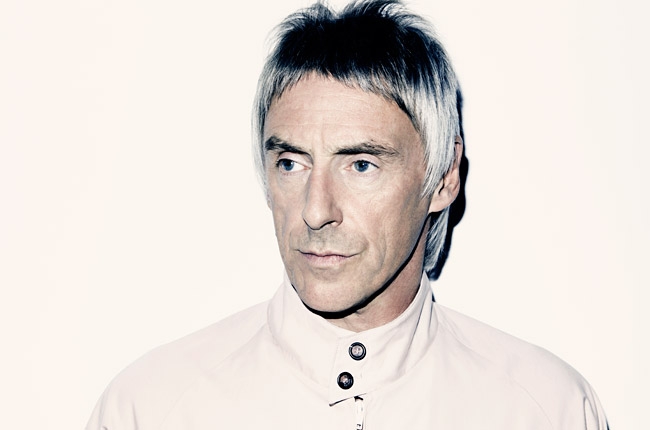 Paul Weller says he’s coming across the pond in July because “I just fancied playing a few American shows.” With an emphasis on the “few.”

Weller’s tour will last all of six shows, starting July 25 at the Apollo in Harlem and also including New York’s Webster Hall, and concerts in Brooklyn, Boston and Washington, D.C. before wrapping up July 31 in Philadelphia. It’s a quick trip, but that’s not because Weller wouldn’t like to spend more time in North America.

“It’s just sort of a financial thing, really, for me,” the former Jam and Style Council frontman tells Billboard. “It’s difficult to go to play to 400 people in Texas. I have to make it pay; band and equipment and all that is expensive, so it never gets any more extensive than major cities on the east and west coasts. But I really enjoy playing America. I like the audiences there. It’s the home of a lot of music I grew up with. I’m not expecting American chart domination or to be No. 1, and just want to come and play and still go home with my shirt on my back.”

Prior to the U.S. dates, Weller will play seven early summer shows at home in the U.K., including the Isle of Wight Festival on June 14, still in support of “Sonik Kicks,” his 2012 album that topped the British charts when it was released more than 14 months ago. The challenge on stage these days, he says, is grappling with a body of work that dates back to the Jam’s 1977 debut and also incorporates 11 solo albums since 1992.

“It makes you wonder where all that time has gone,” Weller says with a laugh. “But, yes, it’s a very happy position to be in, to have all those songs to pick from and to have that large a body of work to show for all those years. We sort of change the set from night to night, depending on what sort of mood you’re in. It’s great to have the material to support that.”

Weller has every intention of keeping the catalog growing as well, though he hasn’t started working in earnest on his next album. “I’m just sort of writing at the moment and storing up ideas, seeing how it all goes,” Weller says. “Maybe, hopefully, there’ll be something next year. We’ll see where it all goes to, but I don’t have any pre-planned ideas or anything. Most of the time I start from scratch and I don’t really know where it’s going to go. After you’ve got five or six songs down you can get a direction together, but normally it stars from nothing and you see where it goes. I mean, who knows? The best songs could be around the corner still.”