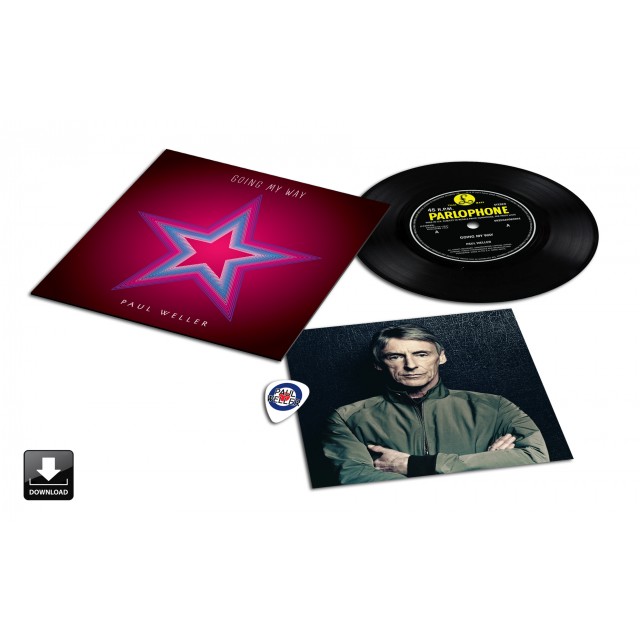 Details and pre-order info about Paul Weller’s next single release have emerged. Released 24, July 2015, “Going My Way” will be the second physical single released as part of the Saturns Pattern “The Singles” series. The b-side is titled, “I Spy.”

Here’s what you get when ordering via the official store:

– Going My Way 7″ vinyl
– 7″ x 7″ limited edition art print
– Plectrum – the model that Paul currently uses on tour and featuring the original PW design
****A few lucky people will receive a plectrum that’s actually been used by Paul either in rehearsal or on tour.**
– Going My Way 2 track digital single

“I Spy” is a tune Paul performed when he opened for The Moons at The 100 Club a while back.

And, of course, “Going My Way” has been mentioned by Paul as his favourite tune on the album, and the choice of many fans as well.