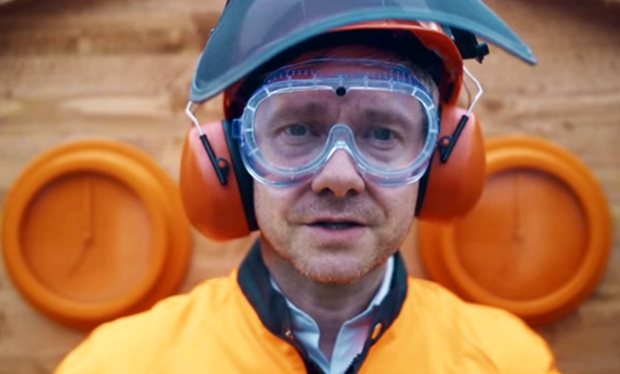 Paul Weller fans got a genuine surprise treat this morning as an official video for “Pick It Up” from Saturns Pattern was released. It’s starring a fella you might have heard of, Martin Freeman. The premiere was via The Guardian website and states Parlophone Records will release the single on 18 December.

“I was trying to get a Meters vibe to it. Stan (producer Jan ‘Stan’ Kybert) had a drum loop and I put a funky guitar on it and that was all we had for a while. Eventually we pieced it all together. Whatever shatters pick it up: pretty straight-forward message.” –Paul Weller

The fourth and final release includes:

– Pick It Up 7″ vinyl
– bonus 7”, including the previously unreleased track ‘On Days Like These’, exclusive to the store
– 7″ x 7″ limited edition art print
– Pick It Up 2 track digital single delivered on release date