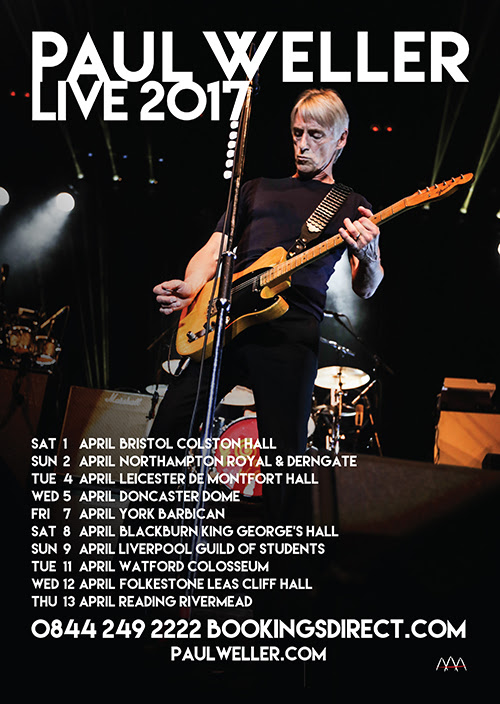 We suppose it’s only fitting that yesterday was the one year anniversary of Paul’s last concert of 2015 at the Hammersmith Apollo in London. It’s been a long year of not seeing The Guv in a live setting. Well, “it’s a new day, baby” and that brings a bit of good news for those in the UK, as Paul has just announced a two week jaunt at the beginning of April. Weller’s new album is due this Spring. Gonna be a good year!

Tickets for the April gigs are on sale this Friday 9 December!